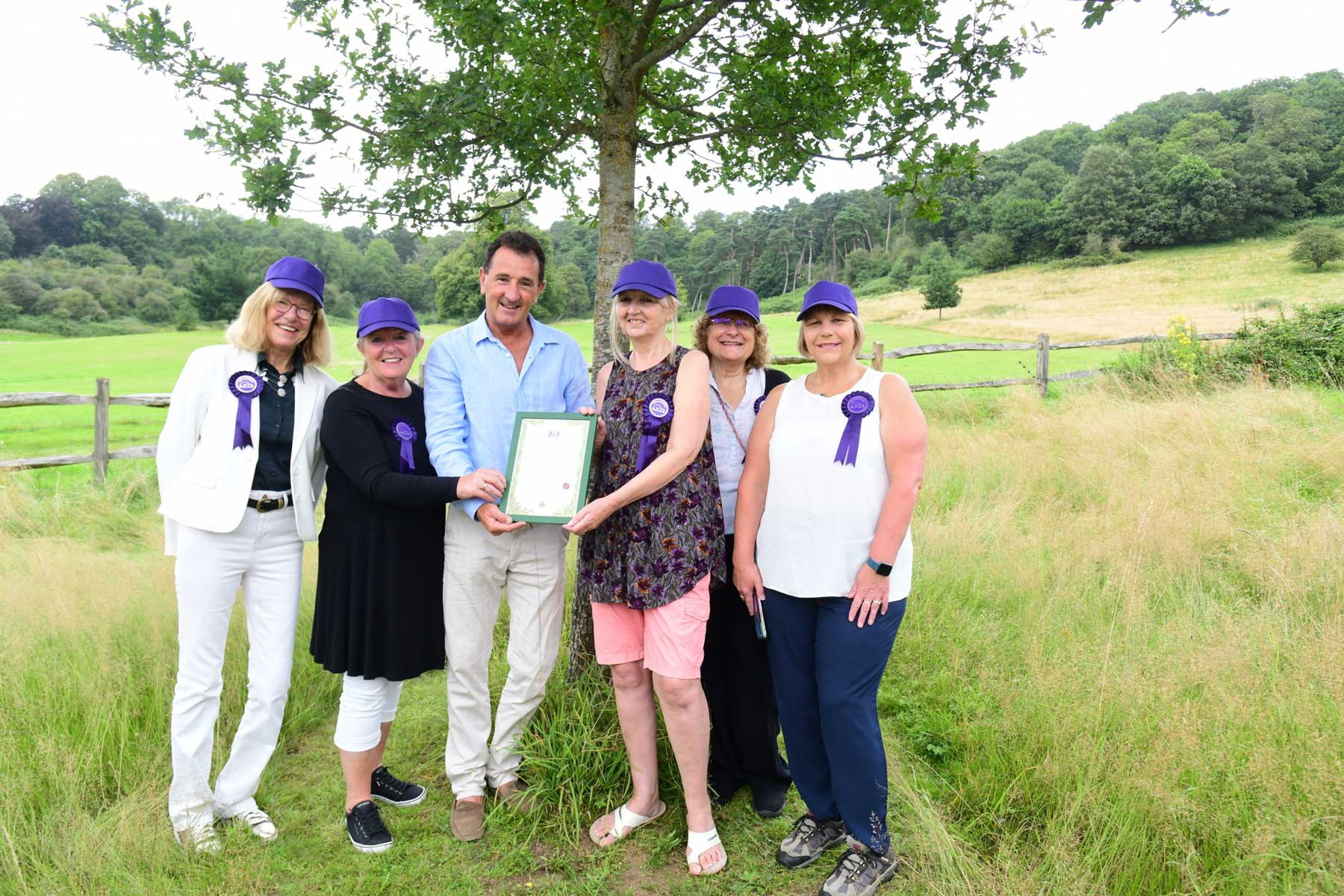 Sir Graham Wrigley (centre), as Deputy Lord Lieutenant for Surrey, chose Chilworth2gether to be recognised for its outstanding support towards the community of Chilworth.

The award was presented at Chilworth Manor before this year’s successful Picnics and Pimms event, at which Chilworth2gether are to be the beneficiaries. The team members are shown wearing their Chilworth2gether caps and rosettes, ready to serve at the event held on Friday August 13 2021.

Pictured left to right are: Maggie Scott, Kathy Wells, Sir Graham Wrigley, deputy Lord Lieutenant for Surrey, Anne Denmark, Diane Kenny and Anita Smithers. They are standing in front of the oak tree, previously planted for Chilworth2gether in the grounds of Chilworth Manor.