Our new Mayor and Deputy Mayor 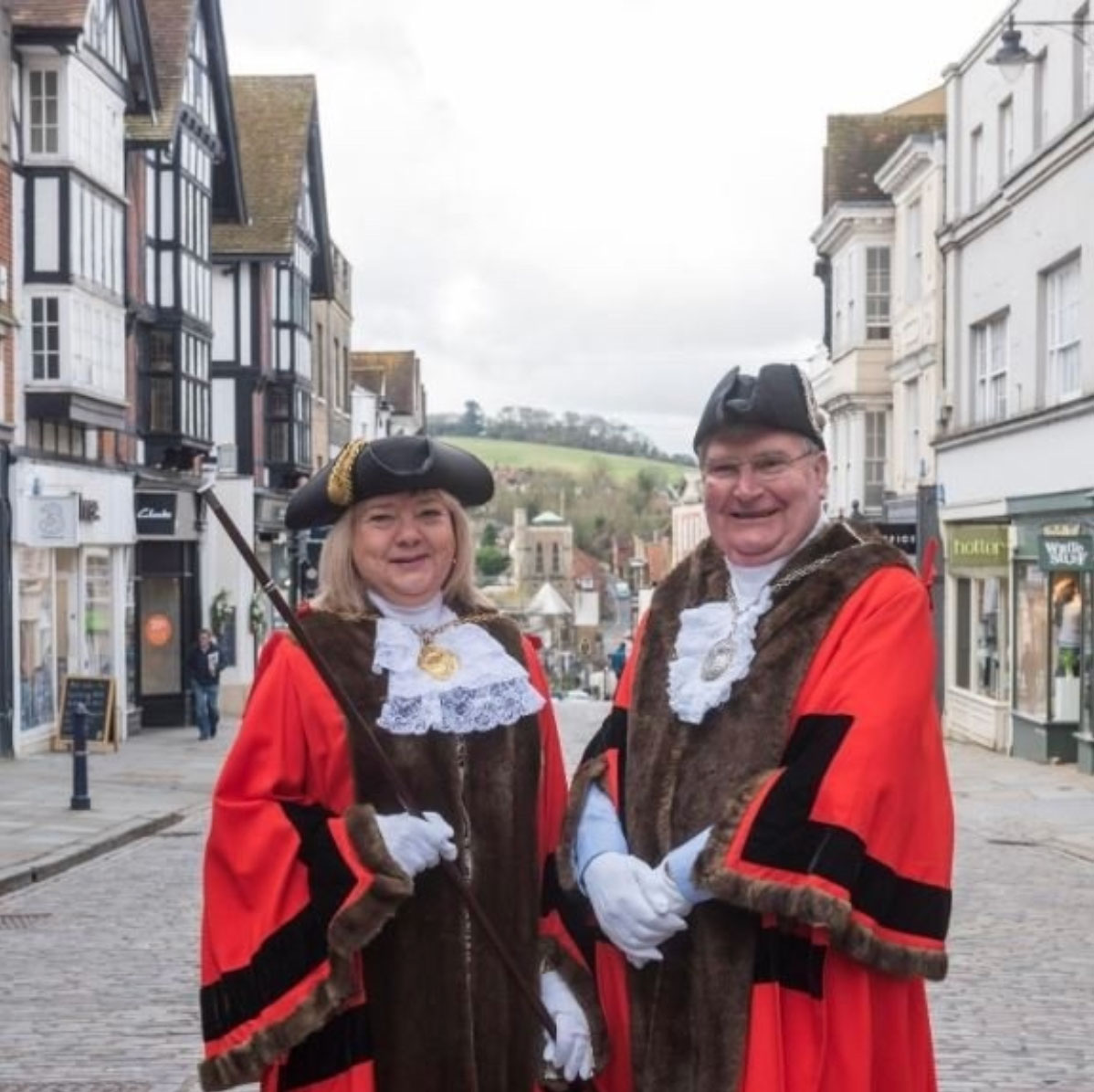 Our new Mayor and Deputy Mayor were appointed at the Mayor-making ceremony last night.

With the theme of community, our new Mayor for 2021-22 is Cllr Marsha Moseley.

During her mayoral year, Cllr Moseley aims to raise awareness for the Shooting Star Children’s Hospices charity and will also continue to support the Mayor of Guildford’s Local Support Fund.

“I look forward to representing the people of Guildford once again in my second term as Mayor. After such a difficult year our communities have really come together to support one another, and it has been truly heart-warming and inspiring to see. Many volunteers across our borough have committed so much of their time to helping others, even before the pandemic. The Mayor’s Awards for Service to the Community really highlighted the great work that residents and groups have done for one another. Community is key and we want to continue with this renewed spirit.”

Shooting Star Children’s Hospices is a leading children’s hospice charity which cares for babies, children and young people with life-limiting conditions, and their families.

The Mayor adds: “Shooting Star Children’s Hospices are an incredible charity who support children and families during the most difficult time in their lives. They support families across Surrey and London and offer a range of services throughout bereavement including nursing, practical, emotional and medical care.

“We’re thrilled to be chosen as the Charity of the Year by the Mayor of Guildford, Cllr Marsha Moseley. Despite the world feeling like it has been on pause, the specialist care for the children and families we support, has never been needed more. This simply wouldn’t be possible without the continued support from our local community and we are truly grateful to Cllr Moseley for helping raise awareness and much needed funds for her local children’s hospice charity. This will help us to ensure that we can be there for families who need us, now and into the future.”

Born in Portsmouth, Marsha attended Bournemouth University where she graduated with an honours degree in History, English and Politics. Marsha then joined the Civil Service in 1984, before moving to Guildford in 1990. With a keen interest in local and national politics, Marsha was elected as Guildford Borough and Ash Parish Councillor and served on many Committees including the Planning Committee which she joined in 1999. She became Chairman of the Planning Committee from 2013 to 2020. In Marsha’s time as Councillor she also served as Mayor of Guildford in the municipal year 2010-2011.

Marsha has an interest in sport, leisure and the local environment. This has been reflected in her other roles. She has been a representative on ‘Sport Guildford’, the Ash Manor Joint Management Committee, and a member of the Guildford in Bloom Committee.