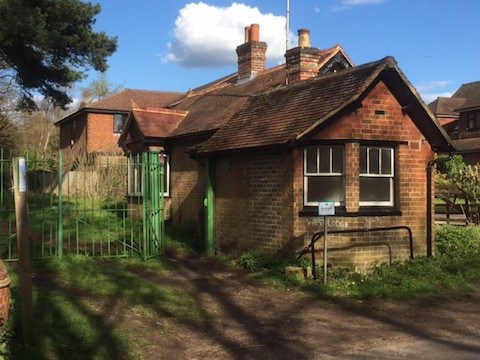 The two planning applications for West Lodge, brought by St Martha Parish Council, have been passed unanimously by the whole planning committee of Guildford Borough Council. The application was discussed at the Planning meeting held on Wednesday 3rd February and the webcast is still available to view on the GBC website.

Borough Councillors were fulsome in their praise of the new role for West Lodge, at the entrance to the Gunpowder Mills. Rather than what one councillor described as an unsuitable designation of the building as a residential unit, the Council agreed that a change of use for West Lodge, so that it could be used for a variety of community uses, was far more appropriate.

Despite resistance from previous Councils, the recently elected GBC Councillors fully backed the Parish Council, who have argued that its proposal for the building will retain the link between the Lodge and the historic Gunpowder Mills, and give it a new life. Further, Councillors in the meeting described the Lodge as providing a strong focal point for a very significant historical site in the Borough.

Councillor Tim Anderson referred to an informative tour he had undertaken of the site (along with other locally elected Councillors). This tour, ahead of the planning application, was led by Andrew Norris, who also spoke on the night in support of the applications, and who has provided information and background to officers and elected Councillors over the last few months as they considered the proposal.

There is now a big decision to be made by the Parish Council, as to whether it can take on the lease on the building that is being offered to them by GBC. The building will need refurbishing and re-purposing, and a car park will need to be constructed, and for this the Parish Council will be relying on Grants. Councillors are currently working on completing a Lottery Grant and an application to the Your Fund Surrey – a Community Projects Fund.